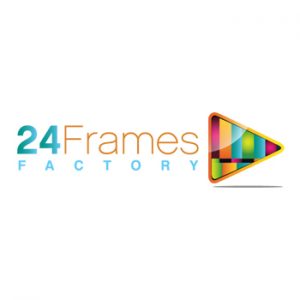 24 Frames Factory established in 1997 is one of the state-of-the-art film studios in India. It provides wide-ranging facilities with international standards in pre-production, production and post-production departments. Committed alliance with the film industry made Thinksmart a company with a cutting edge in perfectly meeting the requirements of the producers.

Our Film Production Unit makes an effort to translate and coordinate the imagination of Story and Screenplay writing / Script writing / Commentary and Narration Writing / Language Translations on the one hand and specific requirements of the clients on the other whether they are Feature Films, Commercial Films, Documentaries, Serials for theatrical and television release, Demo Films, Sales Promotion Films, Corporate /Industrial/Company Profile Films, Product Awareness Films, Motivational Films, Tele-Films, Animation or Cartoon Films, Still Shoot, Songs and others in the entire gamut of Film-Making using the state-of-art technologies. Sound recording such as Synch-Sound, Pilot tracks, Sound effects and Re-recording, Mixing, Dubbing etc.

The music production house of Fun Films & Music Entertainment is the continuation of India’s oldest unbroken traditions in the world. Since the time of Vedas to the present age music remains the pivotal part of Indian life and culture as a source of spiritual inspiration, cultural expressions and pure entertainment that have taken different forms at different times during the course of evolution of the Indian Music. The present music has multiple varieties of popular, filmy, pop, folk, semi-classical & classical music. As a Music Production House, Fun Films & Music Entertainment searches the new talents and providing a professional platform to the emerging singers, musicians, song writers, producers and composers those want to make their career in Music.

TV Commercials one of the easiest and fastest tools of advertisement for any kinds of products be they cars, beer, liquor, soda, food, real estate etc. that depicted in the minds of the television viewers and remained according to its appeal. We at Fun Films & Music Entertainment twisted the TV Commercials in such a way by adding the catchy jingles or catchy phrases that demonstrate the types of product automated manner as a tool of creative marketing campaign. We do the TV Commercial Ads for product placement, Marketing Promotion, Sponsorship, Banking, Health Care, Hospitality, Travel and Tourism industry etc.

Fun Films & Music Entertainment interprets the consummate essence of a corporate image and future strategy by the way of its most convincing and cost-efficient medium of Corporate Films to reach the audience. In the whole process of production we circumstantially take care of aim and objective of the corporate clients and the kinds of audience, business nature and the content we are directing to the particular audience, and the circumstances under which it is being viewed. Consequently the technical team of script writers, video shooters, editors and animators takes control of total project to accomplish the goal of the corporate client. For the best performance of the product, we have divided the whole processing of Corporate Films into three divisions – the first part exclusively deals with the concept and script development; second part deals with the shooting and photography; and the third part comes to the final stage of editing, dubbing and delivery.